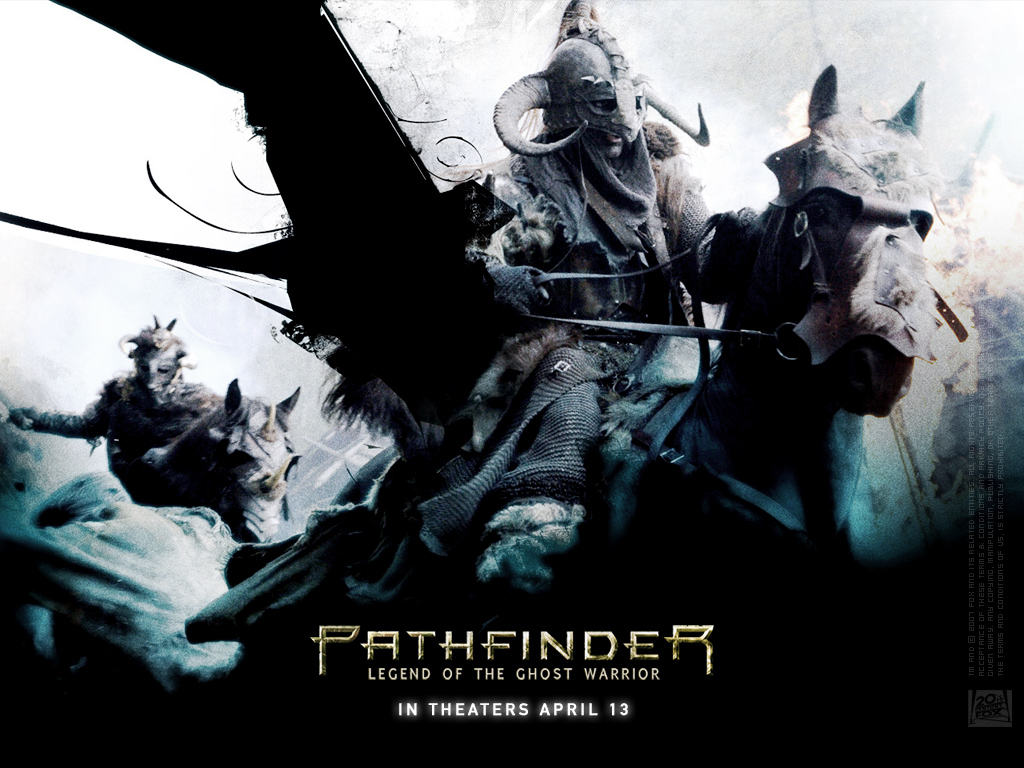 What an ugly movie.

I don’t know what drove the director to take the lush colors of the forest and drain everything out of it, but he did. Instead of deep greens, bright whites, and vibrant blues, we get muddles of grey. From beginning to end, Pathfinder is just a pain to even look at. It doesn’t help that the rest of the movie is a joke.

A Viking child gets adopted by some Native Americans and grows up to be a strong member of the tribe, though not quite of it at the same time. Vikings come and ravage. Ghost, the former Viking, leads the fight against the Vikings. It’s a really simply story, but the problem is that everything that the filmmakers try to hang on that simple story is kind of terrible.

There are no characters to speak of. The only one approaching character status is Ghost himself, and it feels like an afterthought. He’s lead action man for most of the film until near the end when he gives some boilerplate and short speech about how he knows who he is. It’s a question he hasn’t been struggling with through the movie. He’s identified with the Native Americans from the start, never siding with the comically villainous Vikings, so when he makes his declaration that he’s against the Vikings it’s an obvious statement of fact instead of some kind of denouement to a character arc.

Well, it’s supposed to be a full on action movie, so that’s what we need to hang onto, right? Well, the problem is that the action is never more than adequate. In fact, most of the time, it’s outright bad and incomprehensible shaky cam filmed three inches from the action. Geography makes no sense as Ghost appears and disappears without any sort of logic. I got serious Predator vibes from the middle action section, but Dutch’s fight with the Predator in his film was clearly established and executed while Ghost’s fight against the Vikings is against an unknown number of enemies (they seem to have an infinite supply of canon fodder until the end) with traps that don’t get established all during action that makes no spatial or sequential sense. Oh, and it’s hideous to look at.

There’s a moment a little more than halfway through that made me laugh out loud. Ghost, at the end of this Predator-esque trap and action scene is standing on an incline, ready to lead the Vikings into a massive trap that will end them. He’s been alone save with one helper, and then every Native American warrior from the local village pops out of nowhere and they all fall into the trap themselves. Ghost didn’t set up the trap, it was there already (unless he dug a 6 foot deep trench a few dozen feet long in a few hours) so there’s a good chance they should have known about it just like he did. But even if they didn’t, the lack of coordination and the fact that they all fall into the trap at once is silly to the point of comedy, except it wasn’t intended to be funny.

Laughing at the stupidity was the only source of enjoyment from a dour, ugly, and depressingly unstructured film.