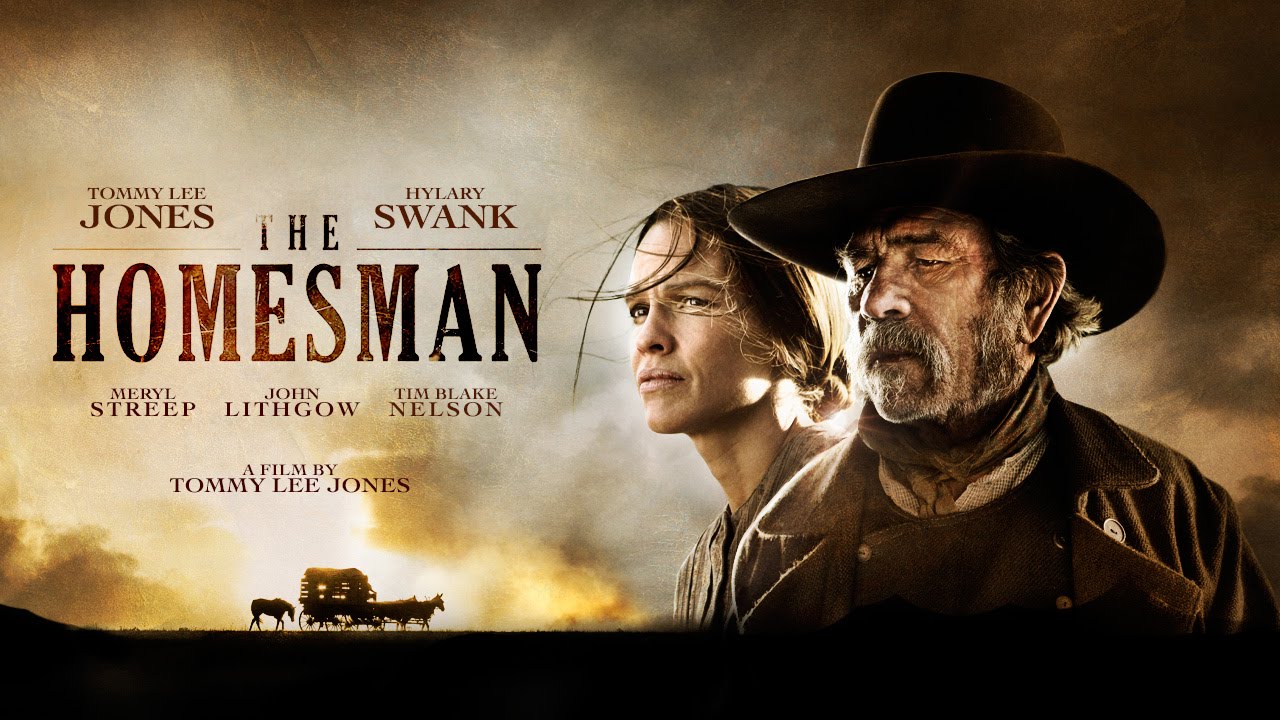 I love Tommy Lee Jones’ first directorial effort, The Three Burials of Melquiades Estrada, and yet I still waited several years to turn on The Homesman, his follow up.

I hate to say it, but my hopes of having another great actor turned director (like Clint Eastwood) may be a bit dashed. It’s not so much that Jones’ second film is bad, but that it feels surprisingly inconsistent.

The opening is a bit confusing. He juggles images of four women, three of whom are going through different stages of insanity, and the fourth, Hillary Swank, struggling to expand her roots in the territory with a husband. Her suitor rejects her. A visit by the local pastor and a meeting establishes the plot at that point. The three other women must be transported back to Iowa and then back to their original homes. The harsh winter has driven them irrevocably insane. Swank essentially volunteers, picks up Jones to help (saving him from the noose), and they’re off.

The problem is really something wouldn’t be an issue on subsequent viewings, but on a first viewing it’s hard to discern what the point of the first act is while in it. It’s largely wordless (especially around the three women), which is fine if it were handled better. Still, on a second viewing, there would be far less confusion.

The second act is mostly fine. There’s good character work, especially between Swank and Jones. The three women, oddly enough, begin to clarify a bit the further they get from their territory homes. There are just some jarring cuts from one scene to the next, like when a group of Indians appear on a ridge and they have to deal with that situation. The cut is so swift from the last scene to the danger that it’s a bit hard to digest.

I became sold on the movie, though, at one point at the turn of the 2nd to 3rd acts. Swank does something that I should have expected to some degree, meaning that it was entirely within her character to do it and she was in a situation that almost called for it, but I didn’t expect it at the same time. The images are very strong around it and the emotion is clear and effective.

However, the movie continues with an odd scene around James Spader in an isolated hotel as he waits for investors to arrive and won’t feed and clothe the party. Jones ends up torching the building and murdering four people. The conversations that lead to that action feel wrong. There’s just something off about it, and then the reaction of the burning felt so out of proportion to the original refusal, especially with the lack of any attempt at accommodation on either side, that it just left an unpleasant taste in my mouth.

Still, the movie straddles the line between good and less than good. I was prepared to label it good, but the more I thought about the ending, the less I felt inclined to provide a recommendation on the movie as a whole. I wanted to like it more than I do. There’s genuinely good stuff there, especially performance wise and that one plot turn with Swank, but the movie as a whole just doesn’t hold up as well as it should, which is a small disappointment.

1 thought on “The Homesman”